ABOUT THE AUTHOR: PATRICK SIMPSON

ABOUT THE AUTHOR: PATRICK SIMPSON 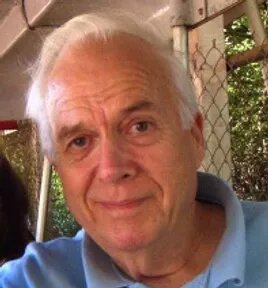 After Pat Simpson and his wheelchair-dependent wife Anne traveled the world, Pat launched his writing career with two highly acclaimed nonfiction books for physically disabled travelers: Wheelchair Around the World and Wheelchair Down Under. His third book, Whither thou Goest, won the 2004 “Nonfiction Book of the Year Award” from Jada Press. After years of travel and research, much of it with Anne, Pat came out with his first historical novel, Desert Angels. Along the way he met some of the most unforgettable people of his life while visiting libraries, museums, Indian reservations and battle sites all over the American West. He followed Indian warpaths and pioneer trails, including the entire Oregon Trail—twice! Desert Angels came out in 2012 and is now available in print and e-book formats on Amazon.com, Barnesandnoble.com and Smashwords.com.

Back in dinosaur days Pat grew up in Sidney, New York and received scholarships at Hartwick College in Oneonta, New York, where he majored in English. After a 26-year career in IBM, he retired in 1993 as an advisory information developer. He also freelanced as editor of the Raleigh North Gideons newsletter and as occasional travel writer for Raleigh’s Fifty Plus magazine. He once taught a travel writing workshop at the Fall 2000 North Carolina Writers Network Conference.

Awards: Pat’s third book, Whither thou Goest, won the 2004 Nonfiction Book of the Year Award from Jada Press. For the audio edition of Wheelchair Down Under, Pat was presented with the 1999 A.R.R.O.W. (Authors Reading and Recording Original Words) award by the NC Department of Cultural Resources’ State Library for the Blind and Physically Handicapped.

Anne died on October 30, 2006 as a bilateral amputee with only one useable arm. But she had proven over and over that one good arm and one good brain, with God’s help, was enough to conquer nearly every problem. Her courage, strength, and strong faith was an inspiration to Pat and to everyone who ever met her. Pat was blessed later on when he met and married Betsy, with whom he now lives in Raleigh, North Carolina, home of the NC State Wolfpack and the Carolina Hurricanes.

​”Mr. Pat”  Pat began another journey in 2009 when he “felt the call” to become a volunteer at the Frankie Lemmon School in Raleigh, a private, non-profit school for children ages 3-6 with special educational needs. He was sort of like a big brother who came around once a week to see his “friends.” He tried to give them one-on-one support during activities by playing with them, reading to them and assisting the teachers in any way he could. Why? — to just be a friend — to somehow help them achieve their full potential. After each class he tried to let others see the world through their eyes in his blog (misterpatsfriends.blogspot.com). Pat “retired” in 2014 at age 75, but his friends still call him “Mr. Pat.”