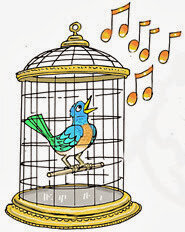 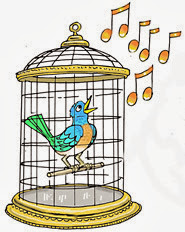 Each of these “disabled celebrities”, along with countless others, were once thought of as “caged” by their disability. But they had teachers who cared, who recognized their abilities, who applauded them warmly from the wings. They were once “special children” who, with the help of someone who loved them, taught them, mentored them, became – if you will – “special disabled celebrities.” Their teachers played a large part in helping these “caged birds” to sing.

Poet, actor and playwright Neil Marcus has dystonia and describes himself as a “fantastic spastic”. He challenged conventional ideas about disability in his play, Storm Reading, voted one of Los Angeles’ top ten plays of 1993. Harvey Jackins was the teacher that influenced him the most.

“The caged bird sings with a fearful trill” *

“of things unknown but longed for still” * 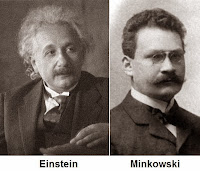 Albert Einstein, thought to have Asperger’s syndrome, developed his Special Theory of Relativity with his famous equation “e = mc2”. He unlocked mysteries of the Universe previously unknown. But he had help along the way. As a student in the University of Zürich, his German mathematics teacher, Herman Minkowski, had a major influence on his ideas.

“and his tune is heard on the distant hill” *

Andrea Bocelli is perhaps the greatest singer in the world. Celine Dion once said, “If God could sing, He would sound a lot like Andrea Bocelli.” Blind since the age of 12, someone always guides him on stage to the waiting microphone – always to uproarious applause. Famous Italian tenor Franco Corelli was not only his friend and mentor, but his teacher. Click to hear Bocelli now!

“for the caged bird sings of freedom.” *

Think back. Who was your favorite teacher? I have more than one. They are the teachers at the Frankie Lemmon School in Raleigh. I got to know them quite well during my 4 years as a volunteer there. In my opinion, they are more than teachers – they are saints in charge of teaching “caged birds” to sing. If you have a special needs child between the ages of 3-6, run, walk or crawl your little one to see for yourself how they’ll interact with both teachers and students. Meet the staff. Take a tour of this fabulous school. You won’t regret it! Watch this utterly fascinating video of famous people with disabilities. Careful! You may learn that some of them have the same disability as you!
* Maya Angelou ― I Know Why the Caged Bird Sings