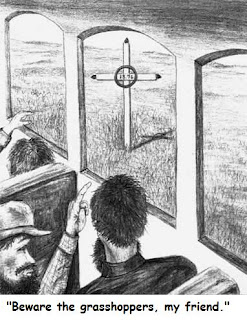 Suddenly, Theo was in Dakota Territory, the southeastern corner of today’s South Dakota. The train had no sooner crossed over the border than it stopped in the little farming town of Jefferson. There, like a powerful guardian spirit, an ominous presence loomed up from nowhere. It was a crude wooden cross, erected in Jefferson’s Catholic cemetery. There was a ring about the intersection of the crossbar and upright shaft like a Celtic cross. It had been erected only two years before—someone pointed out—to commemorate Divine Intervention in the recent grasshopper plagues. 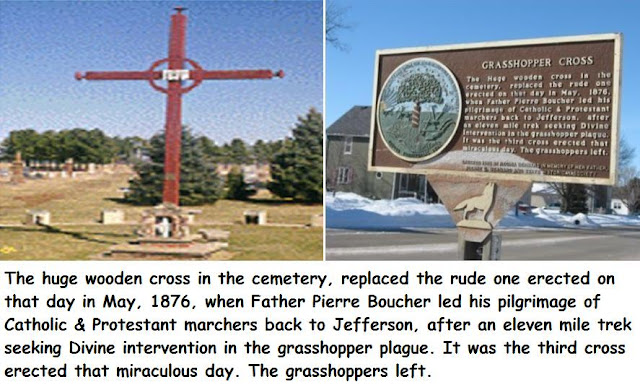